GAMING FOR A SOCIAL CAUSE – L.A CALIFORNIA BASED KAYDABI GAMING COMPANY

Two West African graduates at the University of Southern California in Los Angeles have created a mobile gaming company “Kaydabi “that aims to change the world, one video game at a time through philanthropy. 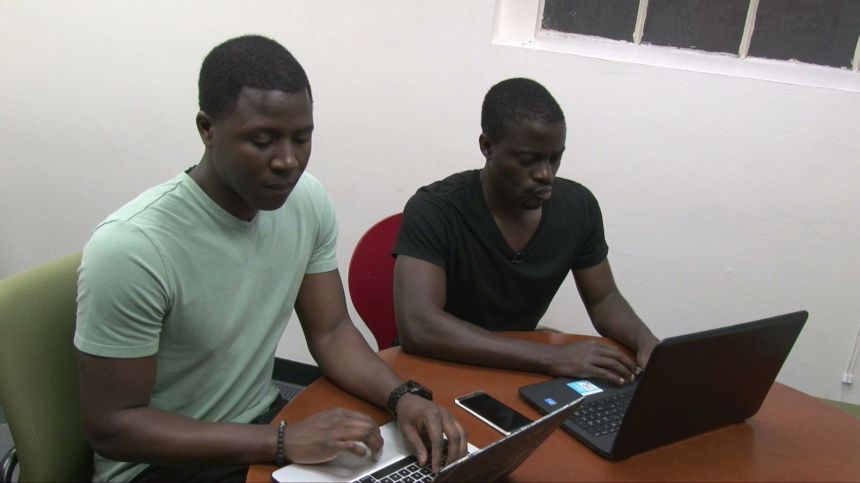 Dubbed as change makers, Ghanaian, Kwabena Osei-Larbi, and Cameroonian Kameni Ngahdeu met as students at the University of Southern California and they quickly bonded over their shared West African backgrounds and discovered that both had a passion for playing video games. But they wanted to do much more. They decided to turn that passion into a business — And Kaydabi gaming company was born — A mission-driven, African-led and Los Angeles-based mobile gaming company that pairs philanthropy and entertainment to create change.

Today they’re part of a creative team at USC who use the incubation lab to develop mobile video games. The USC Incubator accelerates the development of top students and alumni entrepreneurs through experiential education, mentor-ship, and community. Kaydabi Co-founder Kwabena Osei- Larbi explains.

“We build our games for both Android and iOS platforms and the all completely free to play. Wild Warriors built around Endangered Animals and Wildlife Conservation. The game is being used to help save and rescue some of the most endangered and at-risk animals we have over 20 species and over 67 levels.

The pair taught themselves how to code and develop games using free online resources, reading books and tapping into their passion of video playing games. Kaydabi co-founder Kameni Ngahdeu, graduated with a degree in Human Biology and a minor in entrepreneurship.

“From Human biology, one thing that helped me a lot which is the psychology behind games. I took classes in Neurosciences and Psychology, and it’s interesting you can take something that is fun and tie something positive into it.”

Kameni says a single game today has the potential to reach and entertain millions of people. However, the impact of most games usually stops there. But for these two gamers, that wasn’t enough, especially with all the problems that go unaddressed.

“The shortened goal for our first game Wild Warriors is to get 10 million+ downloads. Our target audience for this game is women ages 34-54 because they care about lot more about the cause and they are the demographic that plays these games more frequent that anyone else and they have a high spending power. Long-term for Kaydabi we want to have a multitude of games that we can shuffle in different charities and easy to raise money for them.”

Kwabena says that their company has partnered with four of the world’s largest wildlife organizations to make it happen.  Including Defenders of Wildlife, World Parrot Trust, Sea Turtle Conservancy and the African Wildlife Foundation.

“We have partners that range from different assets of wildlife conservation. The African Wildlife Foundation which is close to home for us as well and some others that were working with to make this happen.”

The game is pretty easy to play, even for a non-gamer like me.  I was able to quickly pick it up. This epic journey to save the world’s most endangered species from an army of powerful, mythical monsters that represent real-life threats – from poaching to pollution and climate change.

The game is free and available on the Apple App Store and the Google Play Store, but players can choose to buy only virtual goods in the game with real money if they want to. Kwabena and Kameni are building a team of marketers, engineers, artists and designers from all over the world.

Business and gaming analysts say Kaydabi is already brimming with unique mobile games and has committed to donating 10 percent of all proceeds from Wild Warriors to its charity partners. The developers also have their sights set on others games that will support a range of additional causes – from tackling world hunger and childhood poverty, to promoting gender equality and children’s health.