Racing unmanned aerial vehicles, better known as drones, is a new sport that’s on the rise in the United States, Europe, and Asia. “Drone Squad” a Los Angeles-based tech startup connects local drone pilots around the world for fun — but it’s the intense competition that’s taking this new sport to another level. 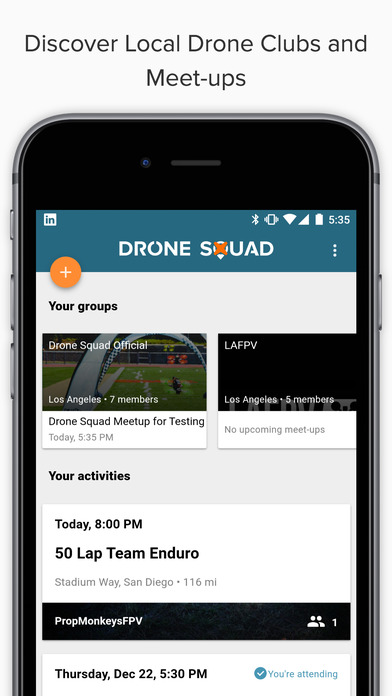 Drone racing?  The technology for the new sport is only a few years old, but Drone racing has quickly progressed from hobbyists racing in empty parking lots into a competitive sport. In September 2016, The Drone Racing League and ESPN reached an agreement for the network to broadcast races. Startups like Drone Squad founded last year by Pete Mauro have emerged and are sponsoring drone races.

“I have always been Interested in the new markets, new technology and as soon as I started flying drones, I got so addicted to it.”

Pete Mauro, a certified drone pilot and software developer, says there’s real potential for the Drone Racing to go mainstream. Pilots in nearly 25-hundred cities are already using Drone Squad to build new clubs and grow the ones they have already started.

“In the past nine months, we’ve grown to have pilots over 95 countries around the world anyone the fastest growing drone racing communities in the world and down people is using our product to find other pilots.”

Drone Squad is a gaming community that connects the best pilots from around the world to compete and have fun.

“United States is the biggest market with about 60% of the drone pilots. It’s huge in Germany; it is huge in Korea, which is not surprising because they are really into video games. You know we also have pilots in Africa … there is probably 4 or 5. South Africa’s popular and guys from Zimbabwe. It’s going to explode.”

Mauro says drones zip through obstacle-filled courses, piloted by humans wearing something akin to a virtual reality headset. Tiny cameras mounted on the drones offer the pilots a cockpit-like view, as they steer using joysticks similar to what you’d find on an Xbox controller.

“I started Drone Squad a little over a year ago to solve a problem that I had. It was hard for me as a pilot to connect with other pilots. It was hard to find other people to fly with, and find safe flying locations. ”

Most competitive drones can fly at speeds of up to 120 miles per hour, with the goal of collecting the most points. Viewers also have a first-person cockpit view thanks to cameras positioned inside the drones.

Mauro has also created a cutting edge app that is free and available in the Apple app store and Google Play for Drone Racing App users to meet each other, share app feedback and get support. As for me, a want to be drone pilot — I still have some work to do.

Not bad at all… I was able to pick up some flying skills, but perhaps, I should leave the racing for the pro’s

Analysts say the drone industry expects increased use of the aircraft will help create 100,000 jobs and $82 billion in economic activity by 2025. The U.S. already has granted 76 exemptions to the new rules, mostly to companies that want to operate drones at night. Some of the commercial drones already are being used to monitor crops, inspect bridges and transmission lines, assist firefighters and police officers, film movies and make wedding videos. But for tech entrepreneurs like Pete Mauro, the sky is the limit.