Zimbabwe has no shortage of educated young people with college degrees, but the majority of them are unemployed. Could entrepreneurship and innovation be the ultimate answer to solving this serious problem? 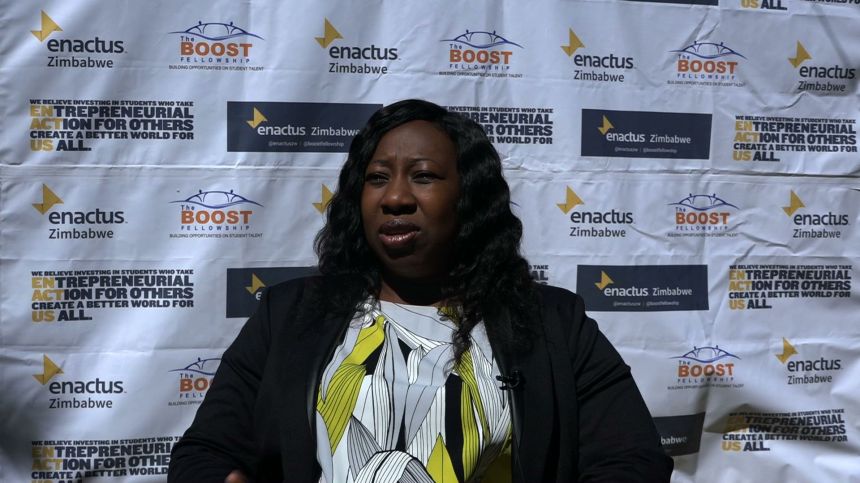 The Zimbabwean economy has been in a slump for more than a decade, with cash shortages and high unemployment — and now demonstrators are clashing with government security services in Harare.  The protesters are angry over the massive rise in fuel prices ordered by the government.

Busisiwe Marandure is the Executive Director at Boost Fellowship.

“It’s indented to empower the youth in Zimbabwe, through providing them opportunities for their future.”

The fellowship works in conjunction with ENACTUS, a global learning platform that operates in 36 countries and strives to develop the next generation of entrepreneurs.

“These projects are entrepreneurial in nature, they must be environmentally sustainable, economically viable and must cause social change.”

Many young people are turning to entrepreneurship and innovation to make a living during the economic slowdown.

“Currently there is an issue with unemployment for young people graduating and coming out of university than the jobs that are available on the market. So young people now have to be innovative and create their jobs.”

Created in 2000, the ENACTUS fellowship has trained over 2,000 young people between the ages of 20-25 in work readiness skills — and over 300 participants have secured internship opportunities which have resulted in full-time employment.

Bryan Mmirimi is an apprentice at Boost Fellowship.

“From Boost you learn to be confident, to manage projects and how to get yourself into projects, how to network, how to meet the big people. So you do learn a lot of things.”

Alvin Tapera is a university student who hopes to start a business one day, instead of joining the ranks of the unemployed.

The program is working with universities in Zimbabwe, and they have created five power teams that go into communities to implement waste management models.

“We have five power teams that are running entrepreneurship initiatives in Zimbabwe. For instance, we have one that is into making crafts from cans so they’re earning from what we see as waste, and they’ve also developed a mobile app that is into a waste collection. Once you have waste in a neighborhood, you can call them, and they’ll come and collect at no cost.”

Business analysts say given the importance of innovation and entrepreneurship in Zimbabwe, the Boost fellowship is making a significant impact on the country’s youth.

When President Emmerson Mnangagwa took over from Robert Mugabe, he pledged to revive the failing economy, end the country’s international isolation and restore badly needed confidence in Zimbabwe. But critics say that he has failed to turn the economy around, triggered the angry protests.