Across Africa young people are standing up to the abuse of power by mobilizing widespread protests against their respective governments. Some longtime leaders are becoming fearful of these uprisings and are hitting back by stifling freedom of speech and shutting down access to the internet and social media networks. 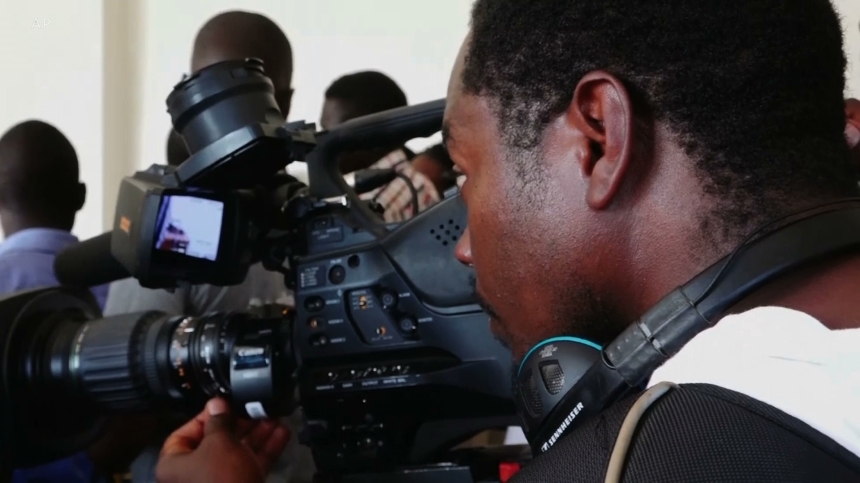 In its annual report, Freedom House, an independent watchdog group dedicated to the freedom of expression, freedom of the press and democracy around the world, says democracy is in retreat in 2019.  More authoritarian governments are now banning opposition groups or jailing their leaders, eliminating term limits and restricting the use of the internet and independent media.

Jon Termin, the Director of Africa programs at Freedom House, appearing on VOA’S Straight Talk Africa says Angola and Ethiopia — both historically closed countries that were previously ruled by autocratic leaders, are expressing a commitment to much-needed reforms.

“The picture for Africa is a mixed one. There are some concerning countries…but I also want to point out that they’re two countries in particular  Ethiopia and Angola that has undergone a very serious turn around in the last year. Both of those countries Ethiopia and Angola have seen a significant increase in our annual ratings.”

Zimbabwe’s status has improved from the Not Free to Partly Free category because the 2018 presidential election, though flawed, granted a degree of legitimacy to the rule of President Emmerson Mnangagwa, who seized power after the military forced the resignation in 2017 of former longtime leader Robert Mugabe.

The right to freedom of assembly appears to be the exception, rather than the rule, as young people advocate for democratic values, self-determination, and freedoms in Sudan. Their determined push led to the recent ouster of former leader Omar Al-Bashir.

Despite some gains, several of the continent’s aging authoritarian leaders continue to cling to power.  In Cameroon, President Paul Biya, now in office for 36 years, was re-elected after presiding over elections in 2018 that were marred by allegations of fraud and low voter turnout.

In Uganda, long- time leader President Yoweri Museveni’s regime in office for 32 years—oversaw the removal of a presidential age cap from the constitution, allowing him to run for a sixth term in 2021.   He has also sought to curb dissent by arresting opposition leaders Kiiza Besigye and pop star turned politician Bobi Wine.

The rights group “Internet Without Borders” says efforts by governments across Africa to deliberately sever online access to silence dissent over various issues is on the rise.

In its 2019 press freedom report, the right of freedom of expression and free media remains in jeopardy in Burundi.   In March, Burundian authorities charged three schoolgirls with defacing a picture of President Pierre Nkurunziza by scribbling over images of him printed in their school textbooks.

In another development,  the Voice of America and the British Broadcasting Corporation are both barred from broadcasting in Burundi. In March, Burundi’s media regulator, the National Communication Council announced that it had withdrawn the operating license for the BBC and renewed its suspension of the VOA, the ban extends to journalists, both foreign and domestic, who provide information to either broadcaster.

Meanwhile, U.S. lawmakers are urging Congress to pass and quickly implement the Global Fragility and Violence Reduction Act on Burundi in an effort to avoid any escalation of another political and humanitarian crisis as the 2020 election approaches.

In Rwanda, to avoid running afoul of the regime, censorship and self-censorship is the norm, rather than the exception.  Rwanda’s Supreme Court, last week, repealed a law that banned the publication of political cartoons, while upholding another that punishes any person who insults or defames the president of the republic. Breaking this law could land the person in prison for at least five years.

In South Africa, however, people are optimistic about their press freedom as they celebrated the 25th anniversary of the end of apartheid.

” The right to elect the leaders we want. To be free also means we must exercise, not just our right, but our responsibility to wake up and elect leaders. People died so that we can have this freedom. Freedom was not free.”

Ghanaian, Journalist Eugene Selorm Owusu says perhaps without a free press there would be no democracy in Ghana.

“In Ghana press freedom plays a significant role, In shaping the political discourse in Ghana. It acts as the watchdog on all government institutions and journalists in the country often go undercover to uncover the untold stories going on in the country. And without a free press, this wouldn’t be possible. Without a free press, there would be no democracy in Ghana.”