Online retail stores that target the middle-class are on the rise in Africa. The stores are aiming to meet a demand for products that conventional retail stores appear to be struggling to satisfy. But Jumia Food, a unit of Jumia Technologies, is looking beyond the middle-class and plan to offer cheaper options to attract lower-income earners. 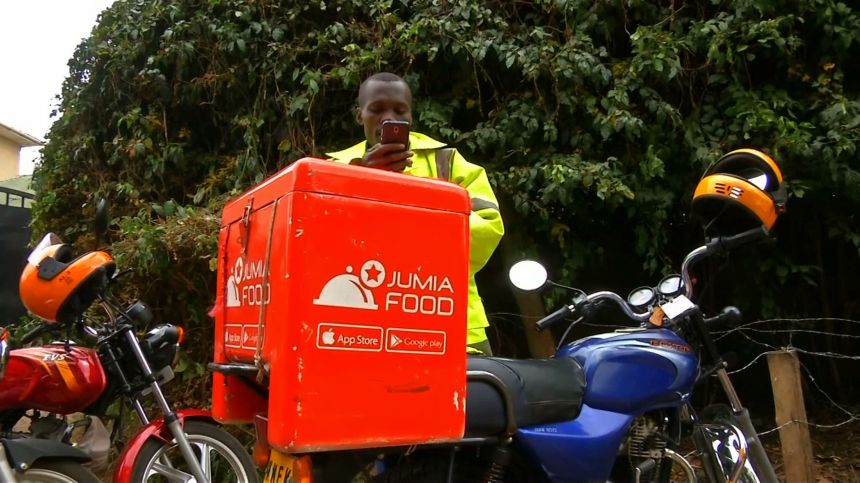 Jumia is Africa’s largest e-commerce platform primarily for electronics, fashion, and appliances that connects sellers with consumers. In April, upon being listed on the New York Stock Exchange, it became Africa’s first sub-Saharan unicorn – a private company with a value of at least $1 billion dollars – to test the sub-Saharan public market.

Commonly dubbed as the Amazon of Africa, the platform delivers food and beverages to 11 African countries, joining other multi-national companies such as Uber and China’s Huawei Technologies who are looking to grow their customer base on the continent beyond the middle class.

“We are also looking now to target this mass-market customer that is starting to come online over the last couple of years for the first time realizing that the level of basic convenience and assortment is not just the preserve of the upper classes. It’s now available to the mass market because of the level of sophistication of technology, the level of experience that we now bring to on-demand means that we can hit a price point that’s attractive to them.”

Jumia Food has one-million customers across 30 African cities, including Lagos and Casablanca.  Kenya, however, is its biggest market. Its platform there has 4,000 restaurants offering everything from local cuisine to international fast food – from the likes of KFC, Pizza Hut and McDonald’s.

Jumia follows Uber, which introduced a low-cost, quick-trip option called Chap Chap to users in Kenya in 2018. It has also added a motorcycle service in Uganda and rickshaws in Tanzania.

“You knew five years ago, six years ago I considered this to be a food delivery business and what happened over the years is that we built up a huge base of customers eloped profound expertise in on-demand delivery technology, and when you have those two assets we recognize that food is probably the biggest opportunity that we have in the market, but we can leverage those assets to serve customers in other areas.”

The online giant is betting that as more Africans reach middle-class status — people whose average daily spending is between $2 to $20, according to the African Development Bank, the demand for their services will rise.

“So we have around 4,000 vendors on the platform, and the way I like to think about it is that we have roughly, I’d say maybe 99 percent or so of the vendors that we want to have on the platform. On the vendors’ side, it’s not a numbers game, and it’s a quality and assortment and trust game.”

Africa’s growing population is expected to lead to an increase in consumer spending to $2.2 trillion dollars by 2030 – from $680 billion in 2008, according to the African Development Bank, and other UN Agencies.

Jumia’s shares skyrocketed after an initial public offering on the New York Stock Exchange. It raised $196 million dollars, selling 13.5 million American depositary shares at $14.50 each, within the expected range of $13-to-$16.